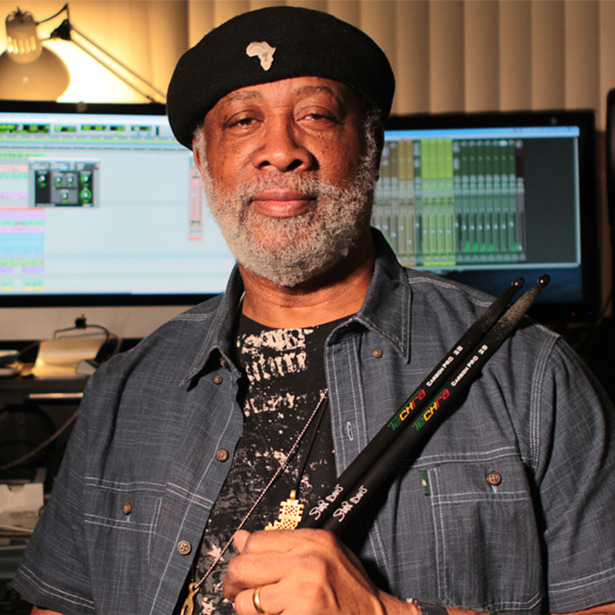 “These easy sticks give me an outstanding  sound  definition on my cymbals and the tone of the drums is in your face! I love them!”

The heart of Reggae Music is it’s beat.  It is at the center, at the very core, of every song that has embodied the spirit of Jamaica, and has given fans all over the world some of the most legendary figures in music history.  Carlton “Santa” Davis is the man behind the beat that moves so many, the drummer in reggae’s rolodex.  Davis began playing young in Jamaica, honing his craft in a youth drum corps before taking his sticks to the clubs of Kingston.  Soon, he became a most in-demand player, both as a studio pro and a touring veteran.  Over the past 40 years he has performed with legends Bob Marley, Peter Tosh, Jimmy Cliff, Mighty Diamonds, Burning Spear, and the Soul Syndicate as well as manning the backbeat in Ziggy Marley’s band, a chair he’s held for more than a decade, with several Grammy awards to his credit.  Additionally, he has released two solo albums- 2008’s Da Zone and 2015’s Watch You Livity– built on his trademark rhythms, offering, a collection of material Davis has compiled in his time between his much in-demand session work and tours around the globe, and demonstrating a versatility of genres and styles ranging from ska and calypso to rock and jazz.